Our mission and purpose are to advocate for the health, education, and cultural edification of Marshallese students of Southern California.​

Meet Our Board Members 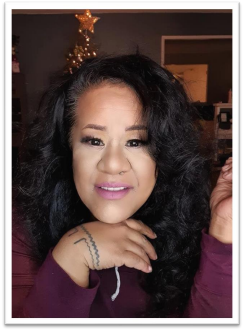 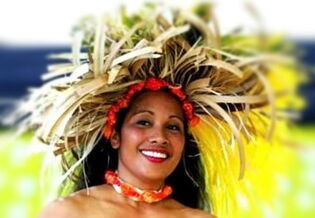 ​Melody is of Marshallese and Portuguese descent. Islands of Origin include Namdrik, Likiep, Arno,
Ebon and Wotje. Melody is a mother of 5 and owner of Tupua productions, a Micro/Poly group
located in Orange County. Dance instructor at the Huntington Beach Art Center and Rodger
Senior center teaching all levels of dance. She enjoys sharing her culture through dance. Krystal is Marshallese born and raised in Orange County, California, where she has resided all her life.  Her jowi “clan” is Ijjidrik and the islands found in the Marshalls include Kiribati, Likiep, Mejit, Namdrik, &  KabinMeto.
In 2000 & 2002, Krystal and Marshallese teammates, which included the talented Georgina John & Trisha “Ditah” Wase were given the opportunity to play for the Micronesian Olympics (Micro Games) RMI Women’s Basketball team. In August of 2000, the team went on to win bronze when they participated in the Outrigger Micronesian Basketball Tournament in Majuro. Just two years later, the team won the silver medal in the Micronesian Games in Pohnpei. The 2002 RMI Women’s team is the first and only Marshall Islands basketball team to defeat Guam. After her basketball career she coached the Freshman, Junior Varsity and Varsity basketball teams for her Alumni Estancia High school. 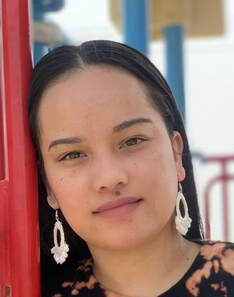 Jessica is a program administrator who provides support to build capacity with her team and to maintain sustainability. Her administrative work also entails answering phone calls, emails, and clerical work. She currently serves a role on the Equity in OC taskforce. In which, they are tasked to work on social determinants of Orange County within their communities. She is a Crisis Counselor working under Pacific Islander Health Partnership (PIHP) for the Marshallese Community. And is a current AmeriCorps Vista Site Supervisor.
​
Other activities entail volunteer work completed under the Salvation Army where Jessica directed and supervised children's bible camp and the annual Christmas donations for families in need. She also supervised and directed volunteers at different community events, including vaccination sites. 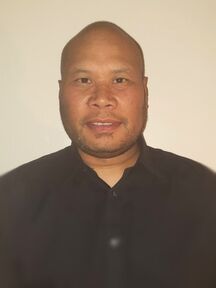 Rony Ralpho: Board of Directors

​Rony is from the Islands Arno, Namdrik, Likiep, Mejit, Majuro and Jaluit – Marshall Islands. After obtaining a certificate for Computerized Accounting, Rony went on to a position working for an environmentally savvy company, monitoring bacterial level in local water lines.

Community work includes Empire for local little league, Coach for Community Women’s soft ball team and for the Men’s Community fast pitch Softball Team. Rony has sat in the chair for Marshallese Community Sports Committee at a national level for over 2 decades and his leadership both on and off the field has helped foster camaraderie, self-empowerment and collaborative skills amongst the Marshallese Youth across the U.S. 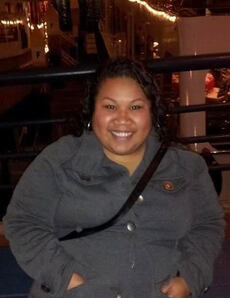 Likkien Ralpho: Board of Directors
​
Daughter of Deacon Jetmar and Berty Ralpho, Likkien is from Arno, Namdrik, Likiep, Mejit,
Majuro and Jaluit; all Islands found in the Marshalls. Educational background include; Golden
West College and Irvine Valley College where she is actively seeking a Bachelors in Accounting.
Likkien Ralpho has contributed over 1000 man hours towards volunteering for various
community and religious based functions such as: the resurrection of the Pacific Island Ethnic
Arts Museum; PieAm grand opening events October 2010 and Pacifika Voice show case for
2011 and 2012. From 2005 till present, Likkien has been the assistant Sunday School Teacher
for Marshallese Christian Center (MCC). Likkien has also promoted the Marshallese culture
through song, dance, language, customs and arts at various venues such as PIF Huntington
Beach 2008 to PIF 2013 and Pacific Island Community Council Festival 2011.

Other Non Profit work consist of, one to one financial aid and community college admission
assistance, one on one mentorship and tutor as needed and on the planning committee for the
Marshallese Constitution day functioning under various titles such as operations and treasury
promoted through sports and welcoming committee from 2010 to 2013. 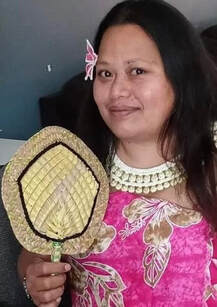 Christina Kalles: Board of Directors
​
Christina’s lineage derives from Namo, Arno and Pohnpei found in the Marshall Islands and The
Federated States of Micronesia. Christina graduated from Concorde Career College as a dental
assistant in 2004 and has been working for Universal Care Dental since graduation till present.
Christina is a skilled weaver and spends most of her time demonstrating her craft through
workshops during private and public gatherings such as various local festivals including Pacific
Island Community Council Festival, Long Beach CA; Pacifika Voice, Long Beach CA; Pacific Island
Ethnic Arts Museum Grand Opening, Long Beach CA and H’olaule’a Festival Beaumont CA.
Christina has also served as a member of the planning committee for the Marshallese
Constitutional Day events, fundraising, costume committee and transportations for the
Marshallese students that reside in Southern California. 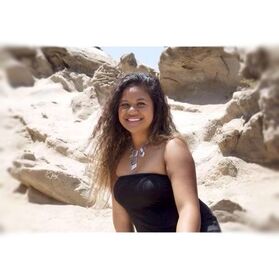 Mai’Lani Silk is a Marshallese descendant from the Ribit Clan born and raised in Orange County, California. She is a mother, sister, daughter, and an aid to her community.

​Now, Mai’Lani is working with Marshallese Youth of Orange County (MYOC) as a program administrator. She has been a member of MYOC for 14 years. Mai’Lani is no newcomer to lending a helping hand within her community. In her involvement, she collaborated and volunteered at events such as Pacific Island Ethnic Museum, Huntington Beach Islander Festival, Covid testing clinics, and Marshallese Constitution Day. 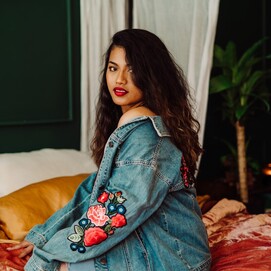 Mercy is from the islands of Majuro, Jaluit, Mejit, Aulik, Arno and her clan is Rikoro. She was born in Fountain Valley, California. At the age of 3, Mercy moved to the Marshall Islands where she was raised until the age of 9. At the age of 9, Mercy moved back to the United States and has been in the United States since then. Mercy has five brothers, two sisters and is a mother to her son. Mercy attended Concorde Career College where she studied medical billing in the year 2020 - 2021

Mercy recently joined the Marshallese Youth of Orange County Organization in the beginning of this year, April 2022, and now is a social media administrator for the MYOC Organization. Her responsibility is to maintain our social media platforms such as updating website, writing monthly newsletters, taking pictures, uploading and updating community regarding upcoming events, and much more.
Support Us